The writings and musing of Matt Wright 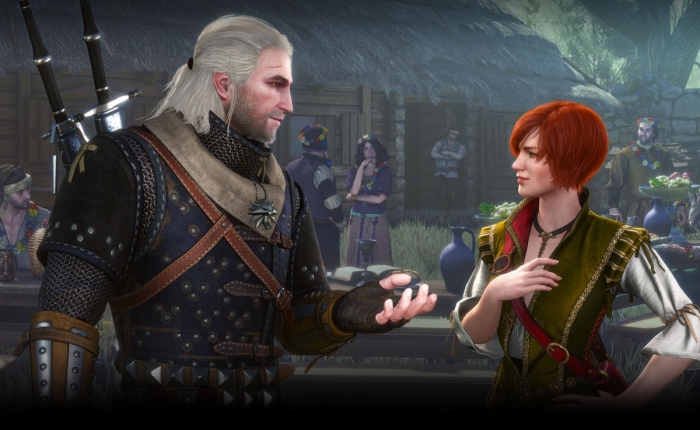 It’s a hectic time in my life. I’m in a middle of a move, work is going through some major changes and the summer has been busy. I was in dire need of some comfort, so I started another play through of the Witcher 3, my favorite game of all time.

Considering all the praise lavished on Witcher 3 when it launched that might not seem like a controversial pick. But I’m a lifelong Zelda and JRPG guy. Before the Witcher 3 either Persona 4 or, the forever classic, Legend of Zelda: Ocarina of Time, was my favorite game. I couldn’t even make it past the first hour of The Witcher 2, the combat was confusing and unintuitive and nothing about the world grabbed me. Even when I first started playing the Witcher 3 it took me sometime to get into it and care about the wolverine-esque Geralt of Rivia.

But then there was the side quest with the noon wraith and the well. It broke the standard ‘talk to person A, kill x number of things, return to persona A’ side quests I’ve been playing all my life. The Well quest was detailed, invoking both folklore and forensic science. There was a mystery, a tragedy to it. Other characters would mention the events around it, and not just as clues to where the quest was, but as something that was in their village’s shared history. The whole game was like that.

I’ve had hours long conversations with my roommate, a game developer, about the Witcher 3, trying to figure out what makes it so special to me. It’s very similar to a lot of other open world RPGs; there’s stats and inventory management, fast travel, a HUD, combat that becomes repetitive and easier the higher you level up. It’s definitely a video game, but when I’m playing it, it feels so much more immersive.

The Witcher 3 is like reading a book, like reading a book when you’re twelve and everything is exciting and powerfully engrossing. Yes, the bones that Project Red was working with, the Wicther Fantasy series, gave them a detailed and fascinating world. Yes, they polished the hell out of the thing. Yes, they picked a smart way to structure their story with the hunt for Ciri. All those things can make a good game, but a special one?

What is the secret ingredient behind it all? It’s difficult to say, and even after all that debating with my roommate and three play-throughs, I still don’t know exactly. Most people say it’s the complex side quests and while they are truly amazing, I feel like they are part of a bigger design maxim. A maxim that echoes from every detail in the game: ‘make it a real place.’

Almost everything in the Witcher 3 feels real and not a digital playground where I grind and fight bosses. Just look at the open world. Velen is a war torn no man’s land. Armies glare at each other from across the river, ghouls roam battlefields eating the dead, deserters become bandits and villages are full of refugees. As you get closer to Novigrad things quiet down as the war has yet to touch it.

Novigrad’s surroundings are idyllic, with rich farmers and estates and just as you would logically assume, the land around Novigard is safer than Velen. And yet you head towards Novigrad in the middle of the game and start out as a low level player in Velen. You move from danger to safety rather than the other way around.

It feels like world building rather than gameplay is driving the design. Now, that’s not to say there aren’t secrets and dangers around Novigard, but they make sense in the context of the world. The dangers are tucked away, more hidden. Gangs rather than bandits, drowners near water rather than ghouls and nekkers roaming where-ever. If it doesn’t make sense for an enemy type to be in a location based on their lore, they’re not going to be there, even if that enemy would present a greater challenge to the player.

The Witcher 3’s goal is ‘world first’ and it’s that design that makes the side quests branch and change and not have neat endings. They move like stories and not check lists. The world functions like a world and not an amusement park. Consequences are unforeseen, characters are complex with grounded motivations. You pick a point on the map and start moving, the winds howl, barren battlefields slowly give way to muddy swamps and the trappings of a video game disappear as the story grows lusher. Like an old paperback with a cracked spine, the Witcher 3 is a game I’ll always return to.